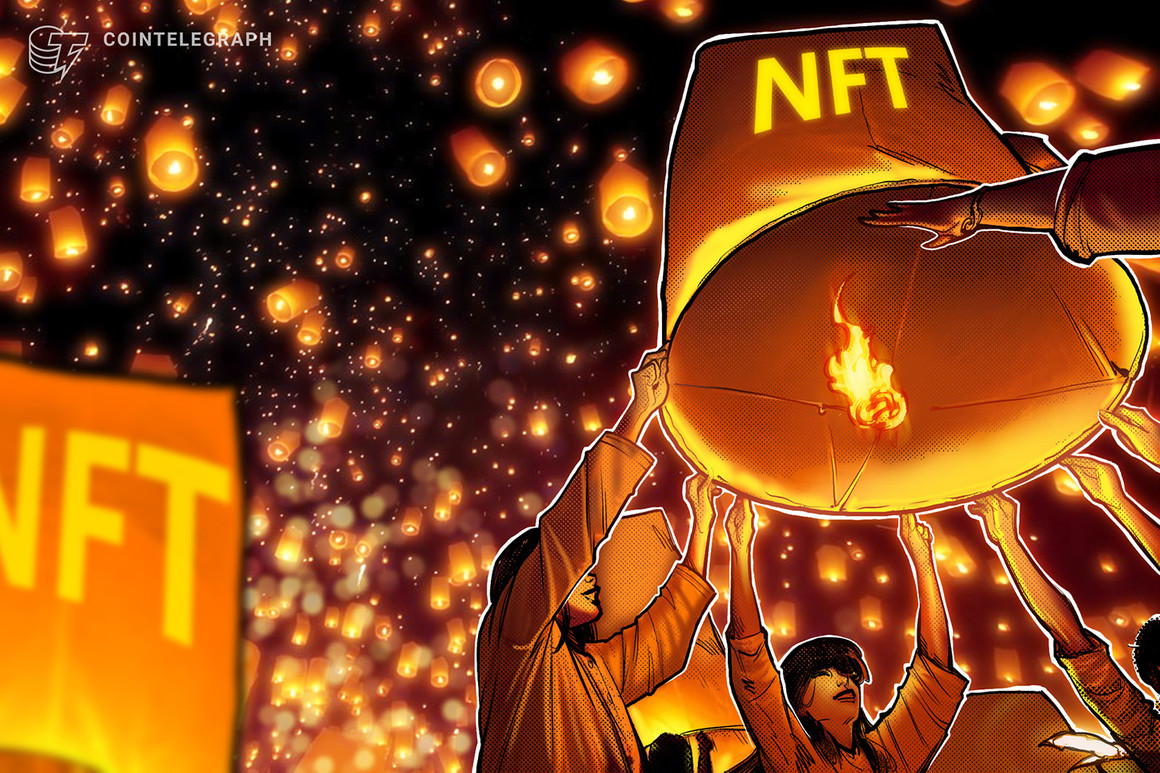 The popularity of nonfungible tokens (NFTs) is on the rise as recent data shows that the number of digital collectible platforms in China has grown to over 500, a 5X increase from February 2022, when the total number of NFT platforms was just over 100.

According to a report published by a local Chinese daily, the sharp rise in the number of NFT platforms comes amid the growing hype and popularity of the digital collectibles in the country. Major tech giants including Tencent and Alibaba have shown interest in the nascent space and have filed multiple trademark patents.

The rise in interest in digital collectibles in China comes despite several warnings from the local authorities. The government agencies believe the Chinese NFT market is filled with speculations with a focus on the secondary market, which poses inherent risks for investors.

NFTs also became a way for people to express themselves digitally during the strict COVID-19-induced lockdowns in China. Shanghai residents listed hundreds of NFTs on Opensea in May at the peak of the government lockdown.

Due to a lack of regulatory supervision, individuals and businesses continues to engage with digital collectibles but with a cautionary approach to avoid any direct conflict with authorities. Recently, Alibaba launched a new NFT solution and then promptly deleted all mentions of it online.

Alibaba-affiliated companies such as Ant Group and Tencent Holdings have moved to avoid any potential regulatory pushback in the past by branding their listed NFTs as “digital collectibles.” They are also offered on private blockchains and are traded/purchased using Chinese fiat currency.

Similarly, several internet giants and leading social media platforms in China are conflicted over regulatory clarity on NFTs and decided to remove several marketplaces from their platforms fearing a government crackdown.

The strict stance of the Beijing government towards the crypto market is well known, however, the ban on decentralized tech has proved futile. The crypto mining ban, which once led to a 50% decline in the BTC network hash rate could not completely eclipse the mining industry in the country and currently, China is back in the second spot after the United States in terms of hash power contribution to the Bitcoin (BTC) network.