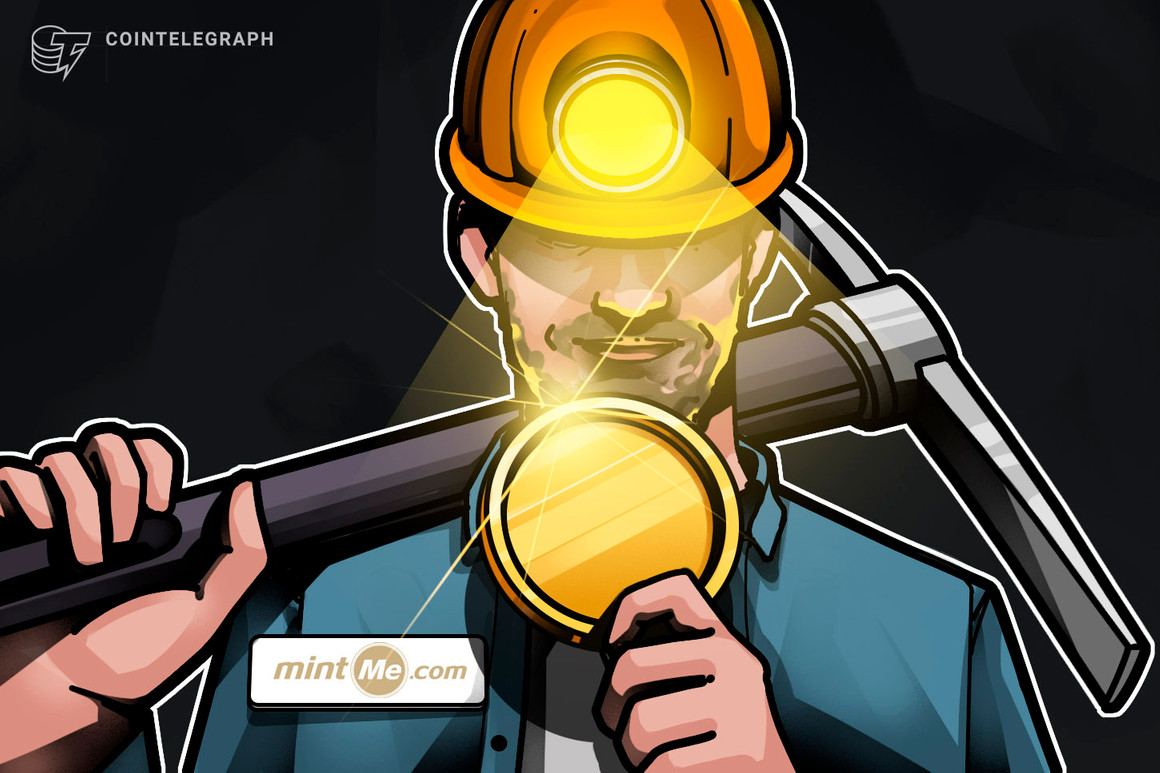 Have you ever wondered what it would be like to make your own token for free?

Have you ever wondered what it would be like to have your very own token?

One new platform is allowing crypto enthusiasts to find out.

MintMe enables anyone to create distinctive tokens “in just a few clicks” — and it says knowledge about development isn’t required.

The project says these tokens can then be used for crowdfunding, or to raise money for charity.

According to MintMe, its blockchain is a fork of Ethereum — and boasts a custom algorithm that allows anyone to mine its flagship coin “in an egalitarian way.”

Because the prospect of generating new digital assets is equal to all, irrespective of how big their balance is, the project’s founders believe its approach could be especially beneficial to crypto enthusiasts in developing economies.

MintMe describes its blockchain as a key tenet of its ecosystem — and says its ASIC-resistant mining algorithm means new coins can be minted through CPUs and web browsers.

Founders claim that the fact it’s accessible to all achieves greater levels of decentralization, and makes its ecosystem fair and inclusive.

Version two of MintMe’s exchange is scheduled to launch later this year, unlocking a plethora of improvements.

In addition to a redesign of its platform — a series of big, new features are expected to launch, including a bounty campaign and bridges to other networks.

Interoperability is crucial for ensuring that crypto enthusiasts can spend their coins how they wish — as well as welcoming new users to MintMe’s ecosystem.

V2 will also deliver a complete overhaul of the project’s brand, with listings on major exchanges and a concerted push towards building a DeFi ecosystem.

In order to make this happen, MintMe is planning to establish new partnerships with decentralized exchanges, nonfungible token marketplaces and other protocols.

The MintMe team told Cointelegraph: “Our focus has always been to provide a platform for talented individuals and communities to monetize their work and allow others to benefit from their success.

“We want our coins to be mined in an egalitarian way, regardless of how powerful your hardware is, incentivizing decentralization and equal opportunities for everyone who believes in our project.”

MintMe says it has already attracted more than 60,000 users to its platform — and hundreds of different tokens have now been deployed. The website also offers resources for those who are looking to market their digital assets, perhaps to raise funds for a good cause that’s close to their heart.

Looking ahead to the next 12 months, MintMe says V2 will include more than 100 features — and it’s just been announced that its native token has been listed on LBank.

The project also has ambitions to add support for MetaMask logins and build its very own mobile app — and explore features that center on NFTs. Another potential prospect includes establishing a decentralized version of its exchange.

MintMe’s approach to the mining process is a breath of fresh air — not least because success on many blockchains often depends on how much computing power you have, or the amount of crypto you’re able to stake.

According to the project, establishing new tokens can be a powerful form of diversification for businesses — and show that they’re ready for the next iteration of finance. Blockchain technology can also make operations far more efficient.

MintMe says it’s “working hard” to bring more good news to its community — and the debut of V2 is just the beginning of what’s shaping up to be an ambitious roadmap.